Togolese footballer Emmanuel Adebayor joined London club Crystal Palace this week, and during his unveiling, he shockingly admitted he knows nothing about the new club despite the club being a London based Premier League club and the club paying him £70,000 of his £100,000 a week salary.

He said: “I don’t know much about the club but it’s better to learn so I’ll be going on Google and finding out more about them.”

This didn’t go down well with the club’s supporters and they dragged him on Twitter. 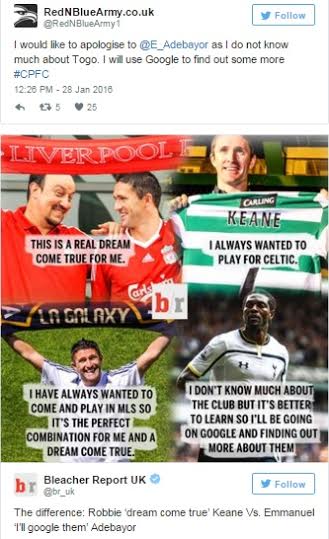 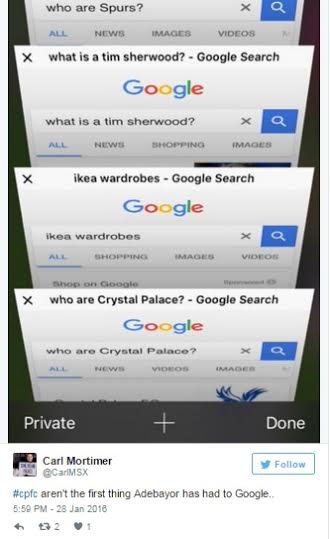 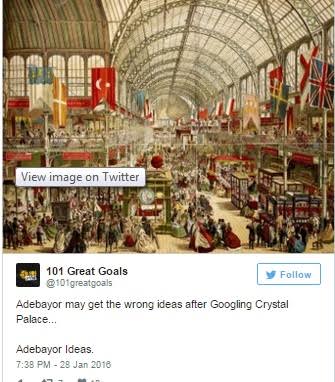 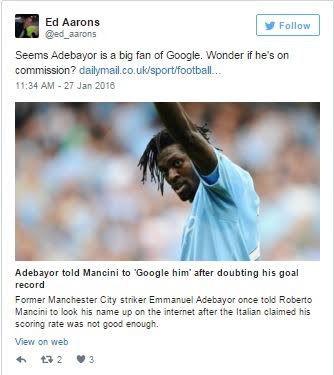 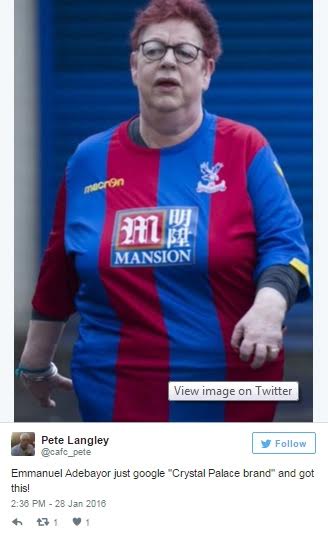 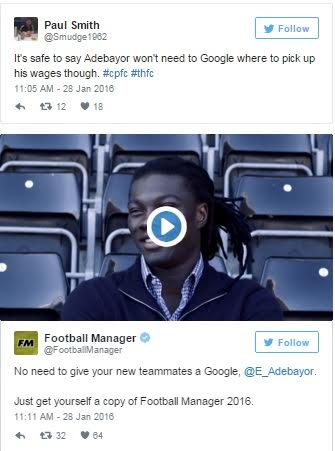